This past week Kankakee Valley Senior softball player Madey Flick signed to continue her softball career with Trine University a NCAA DIII school.  Last year Trine went to the Final Four College World Series in Texas.   Madey is the daughter of Brian and Shelly Flick of Wheatfield.  For the signing Madey was able to celebrate with friends and family.  Several current and former coaches of Madey were also in attendance, her most notable one being her hitting Coach Rachel Folden of the Chicago Cubs!

Madey has been playing competitive softball since she was 8 years old, and has traveled nationally to compete in top show cases in the region. She was part of the State Runner-Up softball team her freshman year and played third base.  For the Kougars Madey has played several positions over the years and is one of the teams best utility players.  Madey is looking forward to adding her skills and knowledge to such a successful program.  Congratulations Madey and good luck! 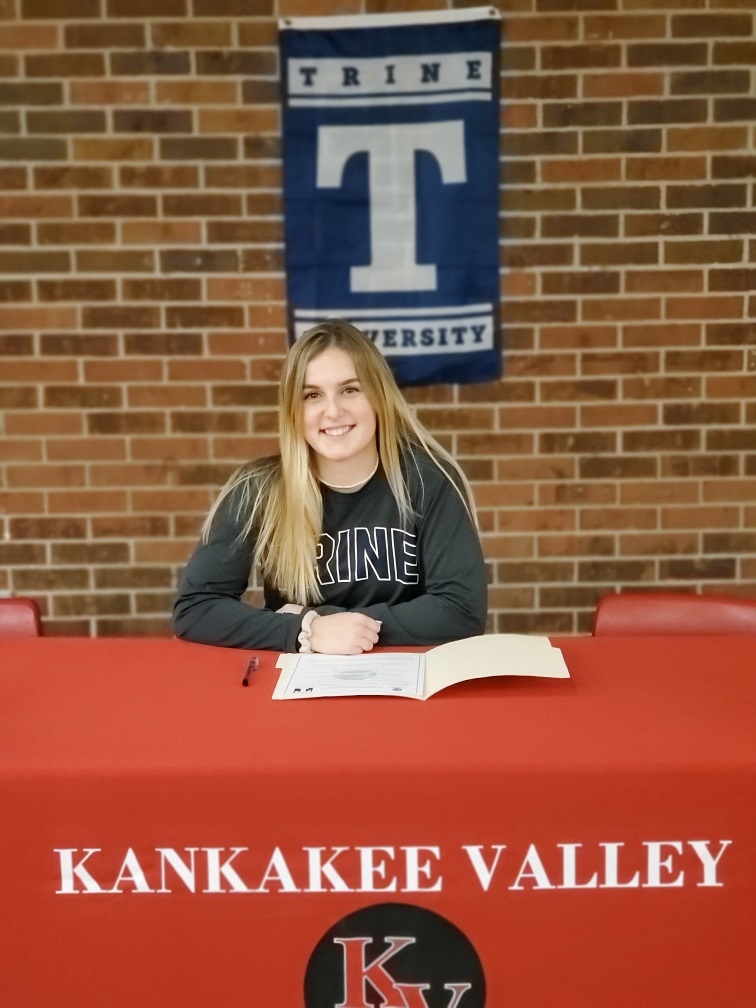