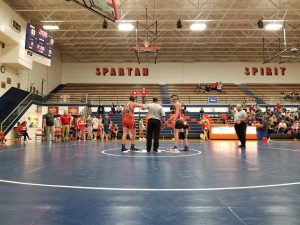 The KV Kougars started off great with a nice team victory over Faith Christian.  They then lost a close battle with North Newton.  KV Wrestlers then came back strong defeating South Newton.  The dual against River Forest came down to the final match and was close, but one of our wrestlers got hurt and had to leave the match.  KV rallied again and finished nicely defeating Hebron.  KV will host the Rensselaer Bombers this coming Tuesday at 6 pm.