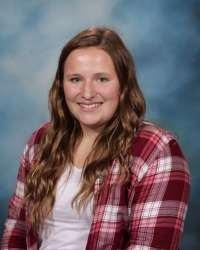 The athlete of the week for the week of Feb. 26th is Girls’ Track and Field senior thrower Kirsten Hentschel. Kirsten, who recently signed with Bethel College to continue her academic and athletic career, had an historic weekend March 2nd and March 3rd as Kankakee Valley (KV) kicked off its 2018 indoor track and field season. On Friday, she became KV’s first Region Rumble Throws Classic champion with her mammoth personal record toss of 35′-0″, defeating many of the area’s top throwers in the process, and firmly establishing herself among the area’s very best throwers. She then returned to Portage High School, the next morning at the Indian Open, gutted out a strong final trials throw to reach the finals, and popped a winning throw of 33′-11″, two huge meets in less than 24 hours, two huge victories for Kirsten! Congratulations, Kirsten! 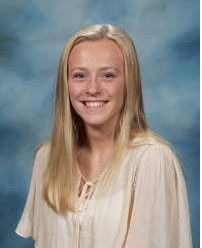 Megan Nannenga. At the Hoosier State Relays Trials at Purdue University, “Megs” blasted down the track in Heat 1 of the 55 meter hurdles in a blazing time of 9.57, an indoor personal record for her! She not only was second in her heat, but placed second overall, her team’s top finish of the day, among MANY fine performances. Congratulations, Megan!!